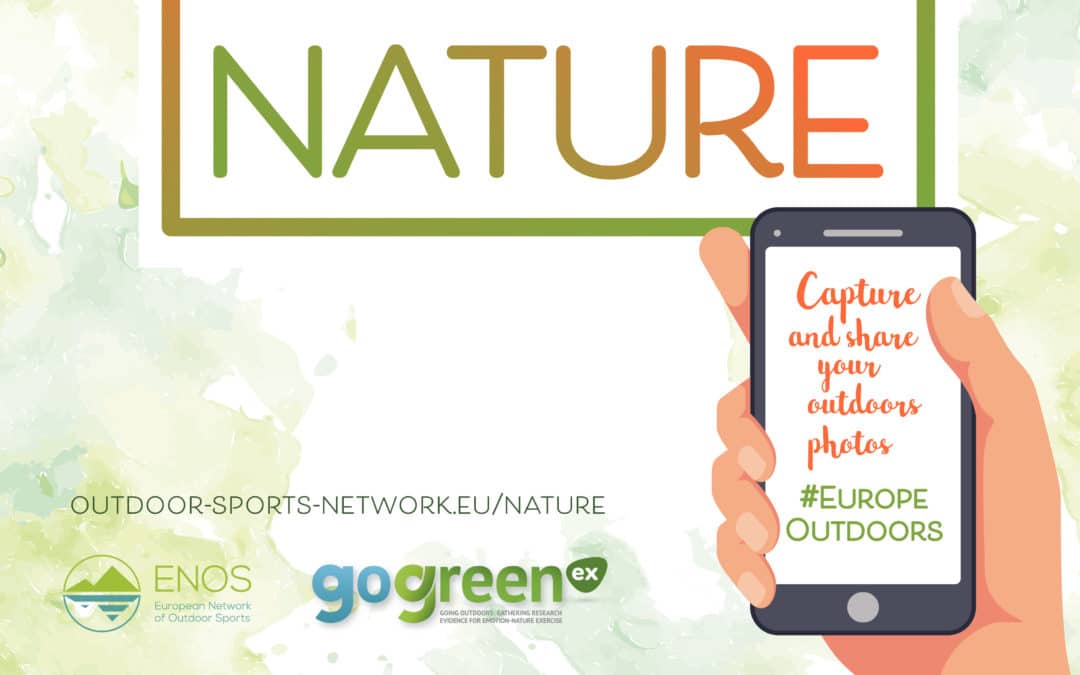 There is an ever growing body of evidence, much of which can be found in the BOSS project resources, of the positive impact that being active in natural settings can bring. Being in nature has been shown to have especially powerful effects on positive mental health and well-being. We are aware that many people will have been or are currently deprived of opportunities to connect with green and blue spaces during this time and as lock downs are eased the messages, we are promoting through this NATURE campaign can be very effective in people’s restoration and re-vitalisation, especially for people facing social isolation and sedentary lifestyles in this period of health crisis.

Building on the work that was initially developed by members of the GoGREENEx network in Ireland, ENOS has created a short publication and social media campaign to highlight the value of NATURE for mental health and well-being. Through this campaign we would encourage European citizens to take time to photograph or take short video clips of their positive experiences in natural settings and both upload these to Instagram, Twitter or Facebook using the hashtags #NatureMoves and #EuropeOutdoors  but also re-visit them to remind them of the value of being outdoors.

GO GREEN EX is a transdisciplinary Irish research group engaged in research on human-nature interaction with respect to well-being, physical activity, well-being and mental health and the environment. Founded in 2018, the GoGreen Ex Network brings together researchers and practitioners from across Europe and further afield. GoGreen Ex represents those going outdoors, gathering research, evidence for emotion-nature exercise.