Welcome to the Mountaineering Association TARA! 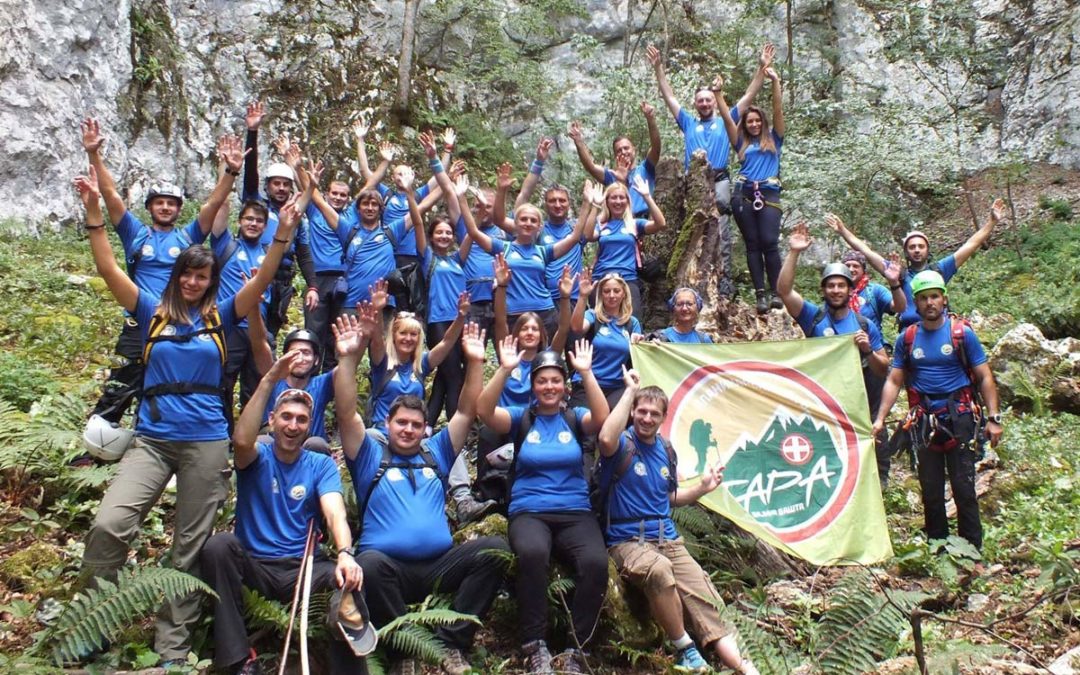 Since then, the association has successfully oragnised hundreds of outings, walked thousands of kilometers, conquered peaks and canyons but have most importantly built unforgettable moments of socialization. Hundreds of Bajina Bašta residents took part in various activities, and everyone has contributed to spreading the beautiful story about sport, nature and friendship in their own ways.

The association has been involved in number of rescue actions in the inaccessible terrains of the Tara Mountain. Members have found lost hikers, rescued people and animals, but were also present in situations with more unfortunate end.

Ever since 2015, the association has successfully organised a central annual mountaineering event in Rastiste, Serbia – The Mountaineers’ Days working on turning an old primary school’s facility into a mountain hut. The construction work on the facility has been performed step by step, according to the financial capacities. The main part of the building is now a hostel accommodation. This action has been recognized as a good practice example of recycling unused public facilities in purpose of outdoor sports fostering rural development.

A realization of 290 km of trail marking and trail building was achieved 2015, in partnership with the National Park Tara, alongside the popular Tara Peaks trails, opening up panoramic viewpoints. What followed was the development of a touring map showcasing the new trail network.

From 2016 until 2019, the association has been involved in four projects supported by the Ministry of Defense of the Republic of Serbia. The projects: “A Safe Support”, “Tara 2017 – Canyoning and Rescuing”, “Canyon 365” and “At the right trail – Tara 2019”,  which aimed to building the existing capacity of the club for practicing technical mountaineering disciplines such as mountain climbing and canyoning, with a special focus on rescuing in the territory of the Tara Mountain. Since January 2020 the club is also involved in an Erasmus+ Sport project “Green Line of Reconnection” together with our partners, mountaineering associations from Slovenia and Croatia.

In 2020, the association joined ENOS and got involved in the SEE project application facilitated by ENOS which was submitted by Leave No Trace Ireland. “We share a lot of common goals and ideas with the other ENOS members and we hope to gain mutual benefits by sharing knowledge and vision regarding outdoor sports in Europe” – says Nenad Lecic, project coordinator of the MA Tara.

Currently, the club is composed of 70 active members, 11 licensed UIAA and ERA guides, four licensed “Leave no Trace” coaches and one sport expert in the field of mountaineering. We also have a highly motivated team competing in national league of sky running. The club members includes professors, doctors of medicine, teachers, economists, entrepreneurs, students, pupils, etc.